The project site is located in the Sangmu district, Gwangju, South Korea, where is an important space node in the core area of the new town after Gwangju's urbanising towards the west. The site is located at the end of the urban space. It is a vital end point of a sequence of urban public spaces such as 518 Liberty Park and the Energy Park. It also acts as a necessary link between the urban landscape system and the Gwangju River on the north side. At the same time, the library, as an important public service facility, will be opened to the public along with other surrounding cultural facilities such as the Concert Hall. 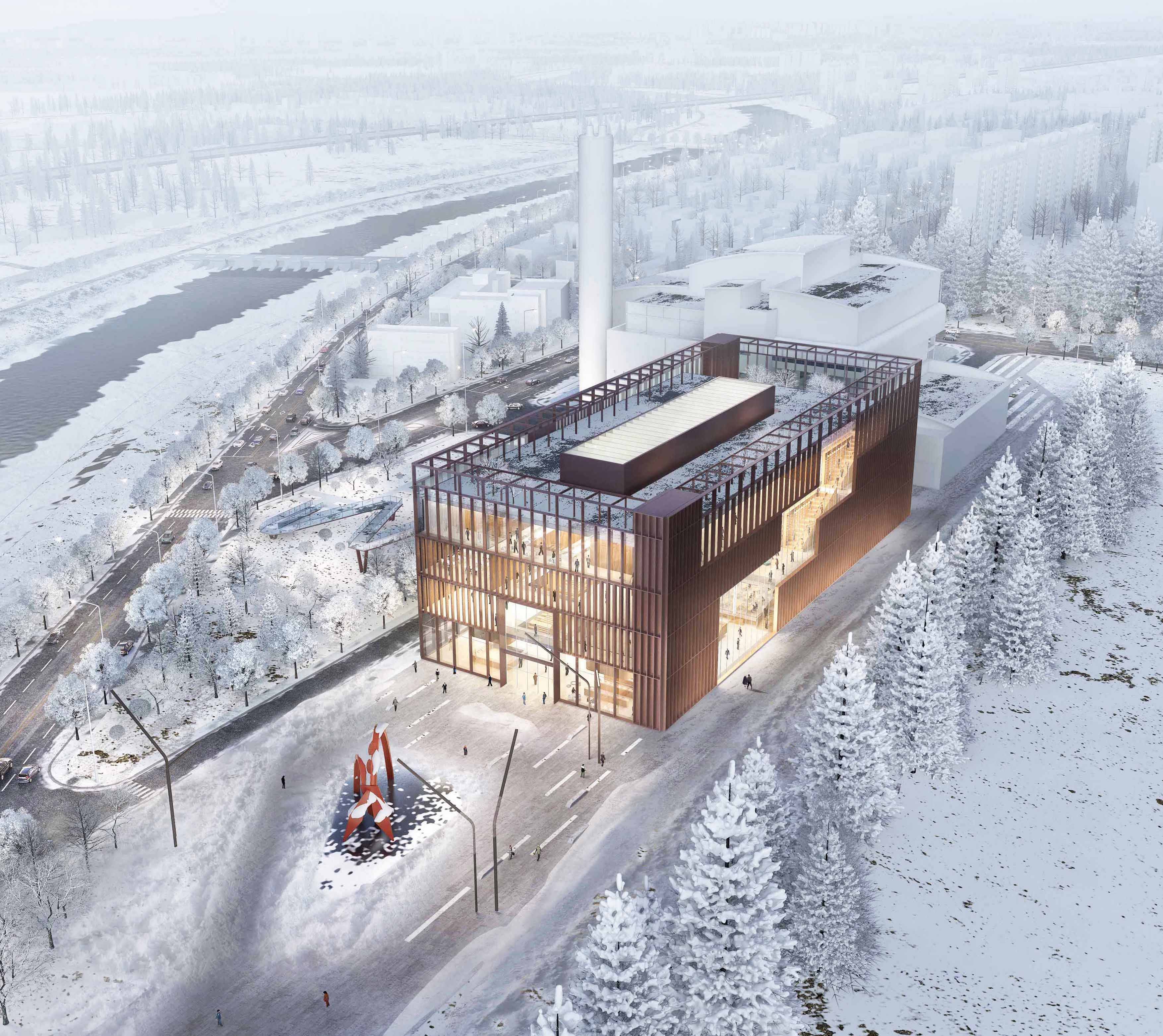 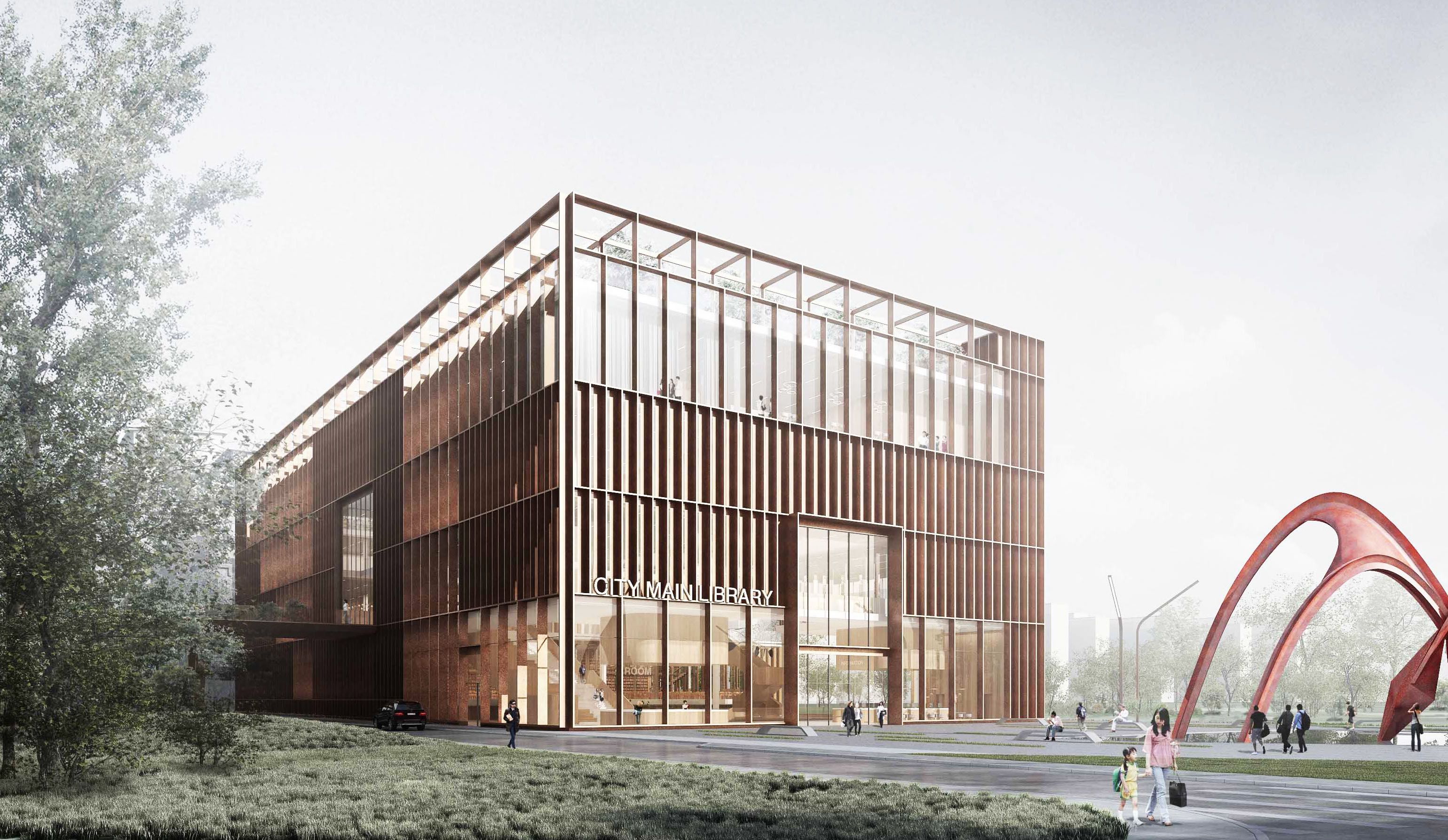 VIEW OF THE MAIN ENTRANCE

The site of the library is the former incineration plant in Sangmu District in the west part of Gwangju, and the building is relatively isolated from the city in original farmland area. But the urbanisation procession of Gwangju started from the east towards the west , and the original function of this incinerator will be replaced. As an industrial facility regeneration project, the design aims to maximise the connection between the site and the urban path, allowing the deactivated industrial facilities to reorganise into the urban space. 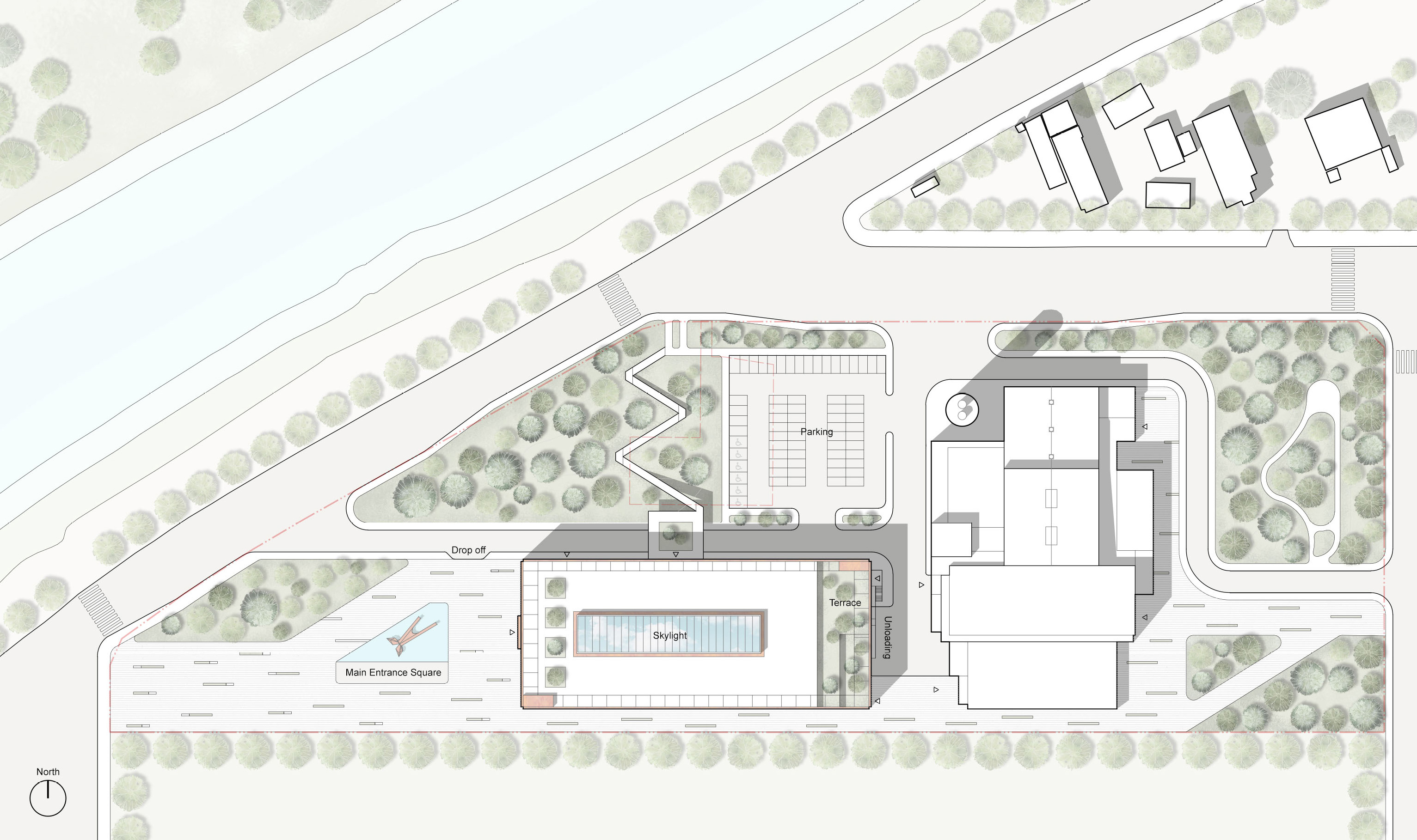 The incineration plant, as city's infrastructure, is relatively isolated from the city, which is in contrast to the library's characteristics as a service facility and open to the public. The design of this project is the first phase, and the factory belonging to the second phase design is located on the east side of the new library site of the first phase, which has intensified the isolation between the city and the library to some extent.

VIEW OF THE MAIN STREET

In addition to the library itself needing to communicate with the city, the incinerator must not only establish contact with the new library, but also re-link to the city. 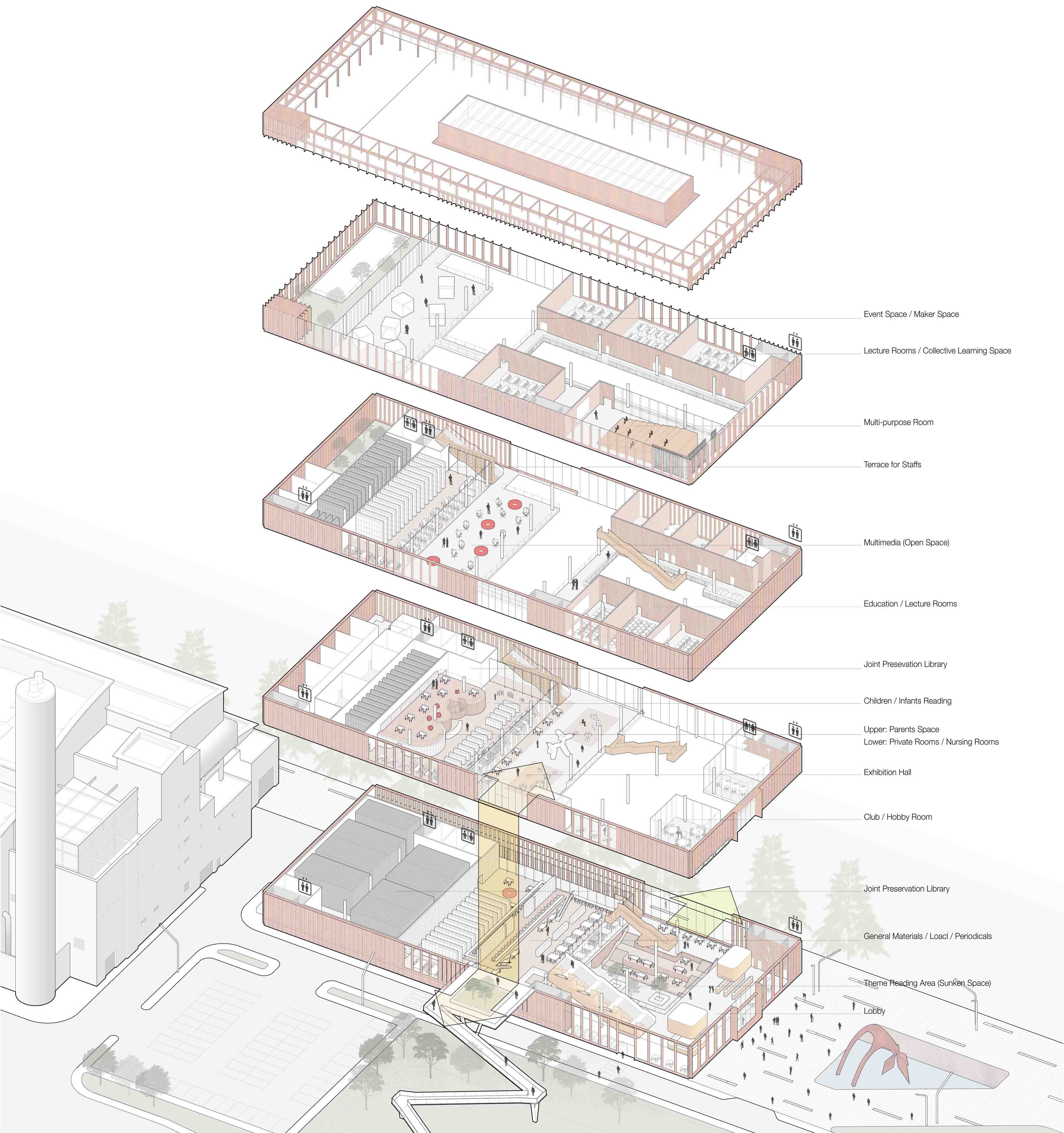 At the same time, given that the incinerator regeneration is included in second-phase project, the library design uses a mode of indirect connection with the plant, in order to reduce the negative interference between the library and the plant reconstruction. We hope to build a wider connection between libraries, factory and city based on the current situation of the site. 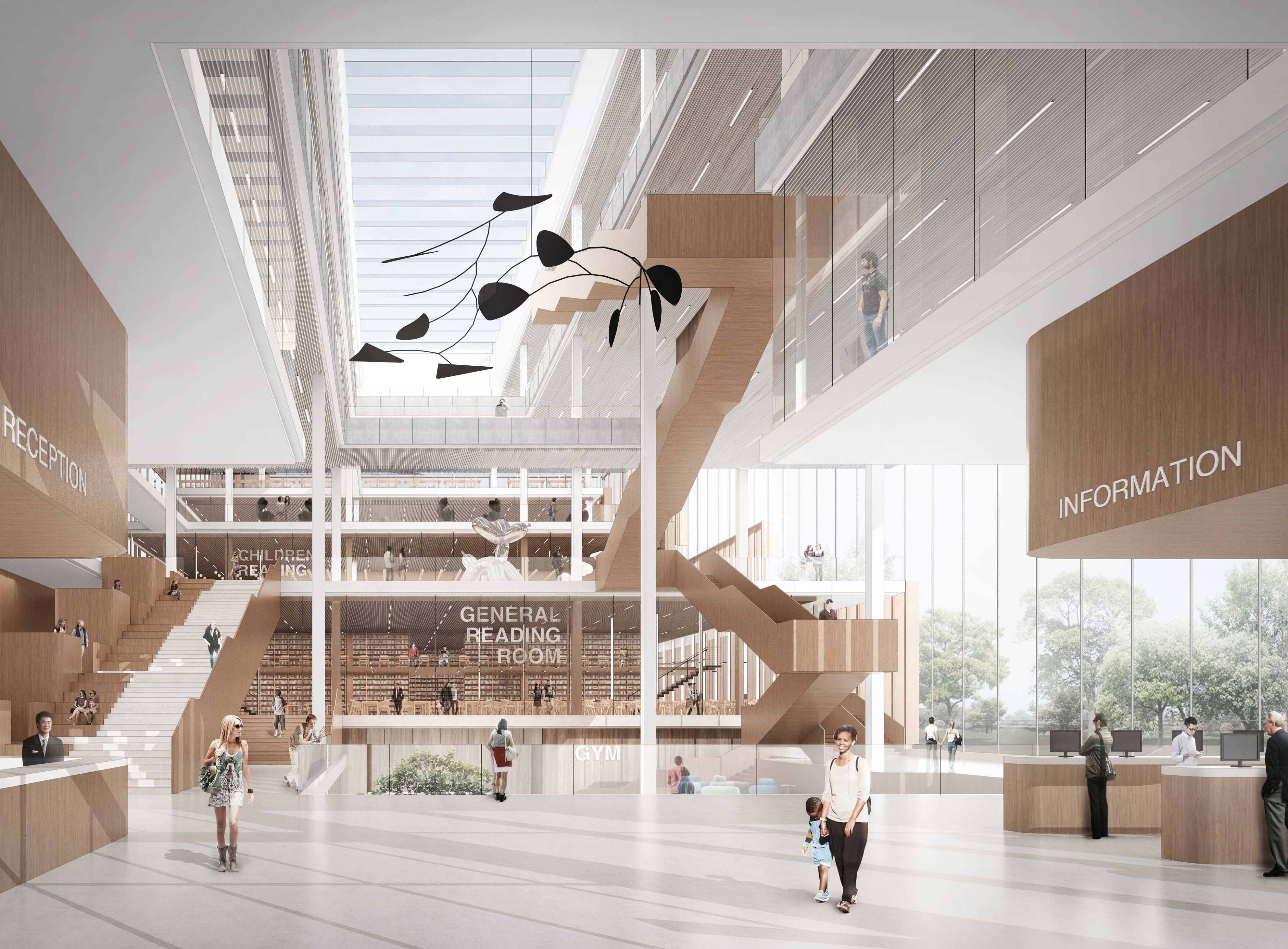 The design establishes re-links of the library and the city from three directions: the connection of urban paths, near and far visual connections, connectivity at the spatial hierarchies. 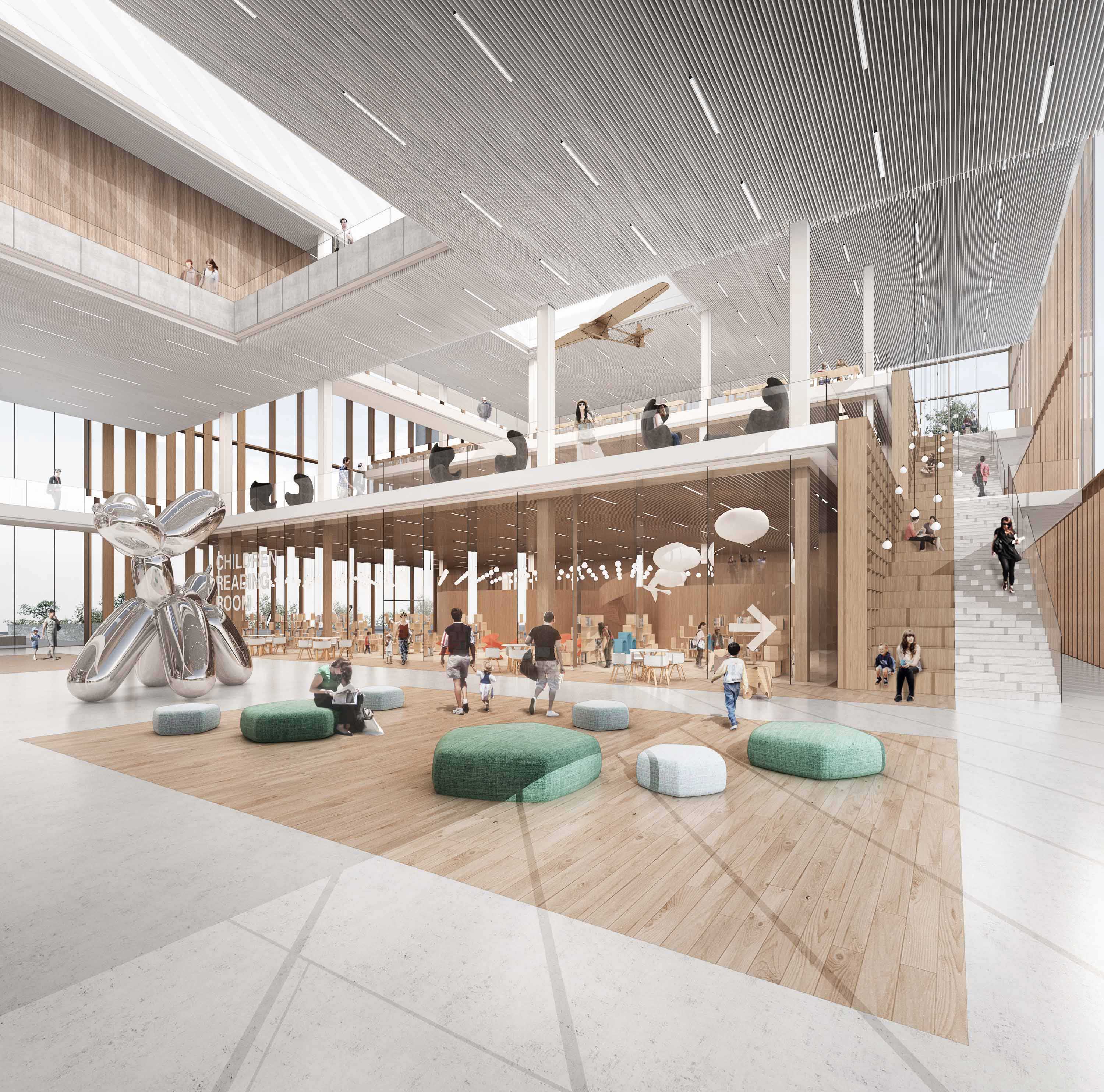 INTERIOR VIEW OF THE EXHIBITION AREA